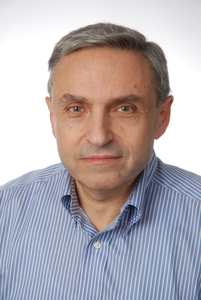 Dr. Stilman received MS in Mathematics from Lomonosov Moscow State University (MGU), USSR in 1972, and two PhDs in Electrical Engineering and Computer Science from National Research Institute for Electrical Engineering (VNIIE), Moscow, USSR in 1984. In 1972-1988, in Moscow, he was involved in the research project PIONEER led by a former World Chess Champion Professor Mikhail Botvinnik. Based on these experiences over a number of years, in Moscow and later, at McGill University, Montreal, Canada, Dr. Stilman developed Linguistic Geometry (LG), a new theory for solving abstract board games, an important class of problems that are considered intractable by conventional approaches. Since 1991, Dr. Stilman was developing the theory and applications of LG at UC Denver. A leap in the development of LG was made in 1999, when he (with a group of scientists and engineers) founded STILMAN, LLC. A growing number of applications of LG developed at STILMAN passed comprehensive testing and are currently transitioning to the real world defense systems around the world. Those systems are considered vital for the US national defense. Since 2010, Dr. Stilman broadened the scope of his research on intelligent systems via investigating the structure of the Primary Language of the human brain (as introduced by J. von Neumann in 1957).

Dr. Stilman published several books and over 200 research papers. He is a recipient of numerous R&D awards, including the top research awards at University of Colorado, substantial grants from the US government agencies such as major multiple awards from DARPA, US Dept. of Energy, US Army, US Navy, US Air Force, US Missile Defense, etc.; Ministry of Defence of UK; from the world leading defense companies such as Boeing (USA), Rockwell (USA), BAE Systems (UK), SELEX/Finmeccanica (Italy-UK) and Fujitsu (Japan). More information about Dr. Stilman, his research and projects (including several narrated movies) can be found at: